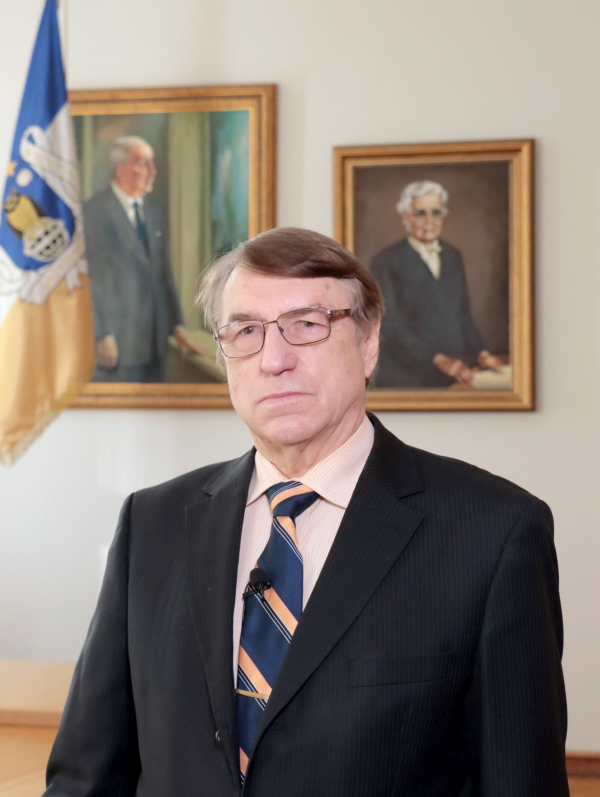 2017 – Latvian State Ministry for Education and Science Letter of Acknowledgmentfor contribution to
the development of IOS.
2016 – Latvian Academy of Sciences and JSC “Grindex” Golden Owl Award for the development of
novel cardioprotective medicines and evaluation of the mechanism of action.
2015 – Medal “100th Anniversary of Prof. A.N.Kost”, awarded for outstanding achievements in
heterocyclic chemistry.
2015 – The Walter Zapp Medal for outstanding inventions in medicinal chemistry and rise of Latvian
prestige in the world.
2014 – Certificate of Recognition of Cabinet of Ministers (Latvia).
2014 – Cicero’s Award for “Outstanding contribution to the development of world class medicines”.
2010 – Latvian Academy of Sciences and Riga City Award.
2009 – Grand Medal of the Latvian Academy of Sciences for creation of new competitive medicinal
preparation and strengthening of innovative orientation in the Latvian Institute of Organic
Synthesis.
2006 – The Order of the Three Stars (4th Class), Latvia, awarded to people for meritorious service on
behalf of the Fatherland.
2005 – WIPO Award Certificate and Golden Medal for long-term and highly productive work as inventor.
2004 – St.George Medal (awarded by International rating Academy “Golden Fortune”).
2002 – The Gustavs Vanags Prize of Latvian Academy of Sciences for a cycle of papers “Synthesis and
Trials of Bioactive Low-molecular NO-inductors and Donors”.
1997 – The Solomon Hiller’s Medal for contribution to the development of medicinal preparations.
1996 – The David Hieronymus Grindel Medal for merits in the synthesis and trials of drugs.
1988 – Latvian State Prize in Science and Technology.

Nominations – winners of the Latvian Academy of Sciences’ Competition “The Best Scientific Achievement of the Year”:

- R&D of novel physiologically active substances for the treatment of CNS, cardiovascular and malignant diseases, organic chemistry of heterocyclic compounds and amino acid analogues, investigation of biochemical mechanisms of action of new medicines, immunochemistry.
- I.Kalviņš with his team is an originator of the approved anti-ischemic drug Mildronate (meldonium), antitumor immunomodulator Leakadine, as well as novel meldonium containing pharmaceutical combinations (Kapicor, Mildronate GX,). Together with colleagues I. Kalviņš is discoverer of active pharmaceutical ingredient of FDA approved antitumor medicine belinostat as well as of meldonium-like cardioprotective drug under development.
- More than 450 scientific articles published (175 Scopus), 5 books, and more than 200 international conference proceedings.
- I.Kalviņš with his team is the originator of more than 250 inventions (protected by over 1350 patents, patent applications and author's testimonies).
Main Research projects (2011– 2020)
- Head of the Project, Latvian State Research Program, 2020.
- Head of the Project “Isoform selective PDI inhibitor: design, synthesis and SAR” (2018– 2020).
- Co-Head of the Project “Development of novel medicines for treatment and prophylaxes of diseases, diagnostic methods and kits, biomedical technologies for improvement of public health” of Latvian State Research Program “Public Health” (2010– 2013).
- Head of the Project “Molecular mechanisms, pharmacogenetics and novel medicines for complications treatment of diabetes and cardiovascular diseases” of Latvian State Research Program “Biomedicine for Public Health” (2014–2017).
- Co-head of Latvian State Research Program “Biomedicine for Public Health” (2014–- 2017).
- Coordinator of EU RegPot project InnovaBalt: “Strengthening the research and innovative capacities of the Latvian Institute of Organic Synthesis” (2013–2016).
- Head of the Project “Aziridin-2-carbonic acid derivatives as pH sensitive hybrid anticancer drugs”, Latvian Institute of Organic Synthesis (2016).

Participation in scientific and public bodies