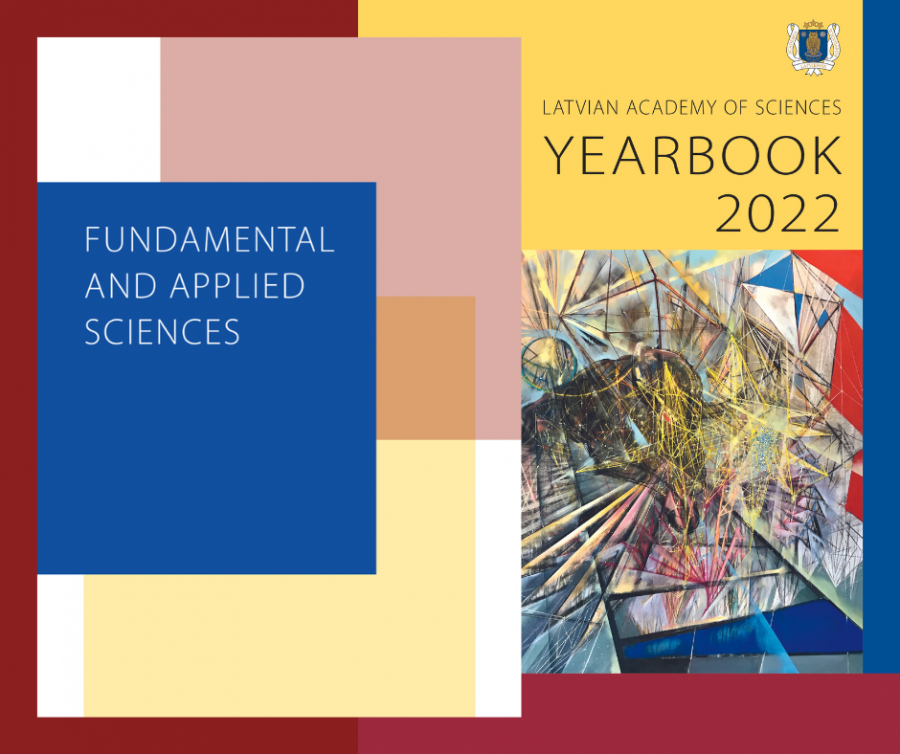 In the five articles of the chapter “Fundamental and Applied Sciences” of the LAS Yearbook 2022 the most important researches in fundamental and applied sciences are revealed.

“We will focus on the theory of networks. Networks are thought usually as sets of elements, which are called also nodes, with a description of interrelation between elements. Networks can appear in economics, industry, social sciences, military ones, literally everywhere. The networks we will speak about, emerge in the study of the human brain (neuronal networks), genetics of living organisms (gene regulatory networks). Due to their efficiency, some other areas have attempted to borrow principles of their functioning for themselves (for instance, telecommunication networks).” [Felikss Sadirbajevs. On Mathematical Modelling of Networks Dynamics]

“Common photos and videos involve all rainbow colours. However, so-called spectral images which are related only to specific narrow spectral intervals (e.g., only to the violet part of spectrum) can be even more informative for specific applications. Multispectral imaging (MSI) ensures remote evaluation of object’s content and properties, based on comparative analysis of several images of the same target taken within different spectral bands. An essential performance parameter is spectral selectivity of imaging; for most of the currently available MSI systems it exceeds 10 nm. Our studies during the recent decade allowed reaching spectral selectivity better than 0.1 nm, so considerably improving the performance of MSI technology. The novel concept was provisionally called “snapshot multi-spectral-line imaging” or SMSLI.” [Jānis Spīgulis, Ilze Ošiņa. Spectral Line Imaging: Principles, Implementation and Applications]

“This study exploited the photon time-of-flight method in diffuse reflection. Diffuse reflection is reflection from the sub-surface layers of light scattering media. The main principle is to inject laser pulses of fixed wavelength into the skin at a certain point and to analyse the shapes of output pulses measured at variable distance from the injection point. Our measurements allowed evaluating the remitted photon mean path length values at 35 spectral-spatial combinations and exploring the trends of their spatial and spectral dependencies.” [Vanesa Lukinsone, Māris Kuzminskis, Uldis Rubins, Jānis Spīgulis. Skin-Scatttered Photon Path Lengths: an Experimental Study]

“Riga Technical University, Latvia and the Institute of Physics of the Czech Academy of Sciences, Czech Republic in 2016 initiated the cooperation project “Thin films for optoelectronics and sensors – preparation and defects investigation” (supported since 2017 by the Czech Academy of Sciences and the Latvian Academy of Sciences) which focused on the pragmatic issues of nanoscience/nanotechnologies. The project is dedicated to films for optoelectronics/ nanoelectronics, gas sensors, and nanodosimetry.” [Yuri Dekhtyar, Michal Novotný, Peter Pokorny. Black Holes and Nannofilms For Optics, Sensing, and Dosimetry]

FUNDAMENTAL AND APPLIED SCIENCES, pp. 88-107 (pdf).
Latvian Academy of Sciences Yearbook, 2022 (pdf).
back to top
We use cookies