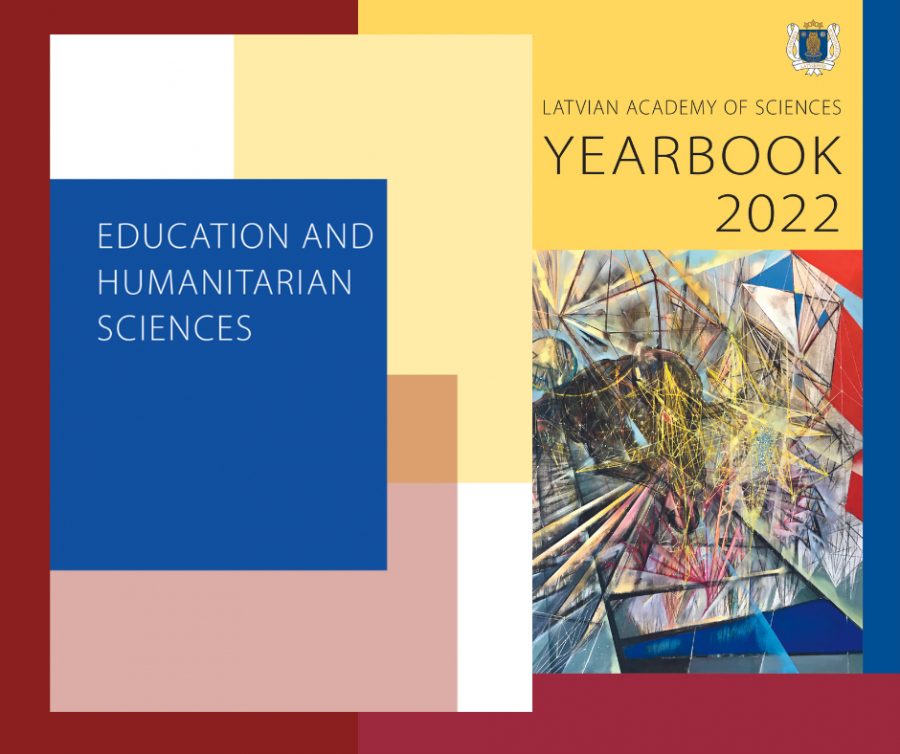 The chapter “Education and Humanitarian Sciences” of the LAS Yearbook 2022 presents the latest researches carried out by experts on history sciences, legal sciences, and pedagogical sciences.

“The Constitution of the Republic of Latvia as adopted on 15 February 1922 was a laconic and compact document comprising 88 Articles [1]. The legal design of the Constitution can be described as minimalist, given that Articles for the most part are short (many consist of one or two sentences!), formulated with a high degree of legal abstraction and generalisation. Precisely the simplicity of the Constitutional ‘Architecture’, its minimalism and laconic nature of norms was one of the reasons why, after the restoration of independence (1990–1993), the Constitution could again enter into force.” [Ringolds Balodis. Scientific Commentaries on the Latvian Constitution (SATVERSME)]

“The topics approaching post-Cold War military bases in the Central and Eastern European (CEE) countries, from the perspective of change and transformation, emerged in the last decade. The research project entitled “The Past in the Present. Post-Soviet Heritage in Poland and Latvia. Part I and II” was pursued under two three-year contracts between the Polish Academy of Sciences in Warsaw and the Latvian Academy of Sciences in Riga and it was completed in the years 2016–2021.” [Dagnosław Demski, Dominika Czarnecka. The Past in the Present. Post-soviet Heritage in Poland and Latvia]

“In the context of European cultures of the 15th and 16th centuries, the Latvian culture was distinctly dual. This dualism also carried over to the field of music and was made more acute by the mixed inhabiting nations, as well as by the economic oppression (similar to that taking place in Estonia, another part of the Livonian church state). The essence of this dualism stems from two different world views, existing in the Western Europe since the early medieval period: one extrapolated the values of man on natural phenomena, attempting to humanise, spiritualise the outside world (Christianity), whilst the other integrated man into the processes of nature (folklore, culture of peasants).” [Ilze Šarkovska-Liepiņa. Latvian Music in Renaissance: Heralds, Maturity, Contexts]

“The turn of the 20th century – the age of Art Nouveau, Neo-Romanticism, and Symbolism – has left behind vivid traces in Latvian writing, painting, and music, as well as in Latvian architecture. This was a time when Latvian national culture was formed and experienced its first upsurge under difficult socio-political conditions. The Art Nouveau style reached Riga shortly before 1900, at a time when the city was growing rapidly, becoming a major city of the then Russian Empire.” [Silvija Grosa. Décor in the Art Nouveau Architecture of Riga]

“The development of innovative technologies and digitalisation have created unprecedented opportunities. Due to technological development, transformation through democratisation and decentralisation is taking place around the globe, with the world becoming more and more interconnected and accessible, and people – capable of achieving their goals faster, more easily and efficiently. Yet, humanity has never had similar experience and hence developed no sensitivity to it. The digital age clearly poses a range of risks and challenges that cut across different fields and contribute to the emergence of new research problems in science. Social sciences, including educational sciences, focus on the interrelationships between human activity and the use of technology.” [Zanda Rubene. Digital Childhood and its Topicality in Educational Research]

“At that time, at the start of the 20th century, the role of national religions grew not only in Latvia and its closest neighbouring countries, but also in other European countries, especially those which had regained or secured independent statehood during this period. It should be noted that during this period, similar trends could also be observed in Western Europe – the heirs to the traditions of the druids were active in Great Britain, while in Germany a national religious movement took shape led by General Ludendorff and Count Reventlow. In the Baltic lands, the first ideas about the revival of the so-called religion of the ancient fathers became relevant at the end of the 19th century, but it was only in the 1920s–1930s that organised religious movements were founded like Romuva in Lithuania and Dievturība in Latvia.” [Agita Gritāne. Phenomenon of National Religions in the Baltic States in the First Half of the 20th Century]

EDUCATION AND HUMANITARIAN SCIENCES, pp.120-155 (pdf).
Latvian Academy of Sciences Yearbook, 2022 (pdf).
back to top
We use cookies