THE LAS YEARBOOK 2022: COMMERCIALISATION OF KNOWLEDGE 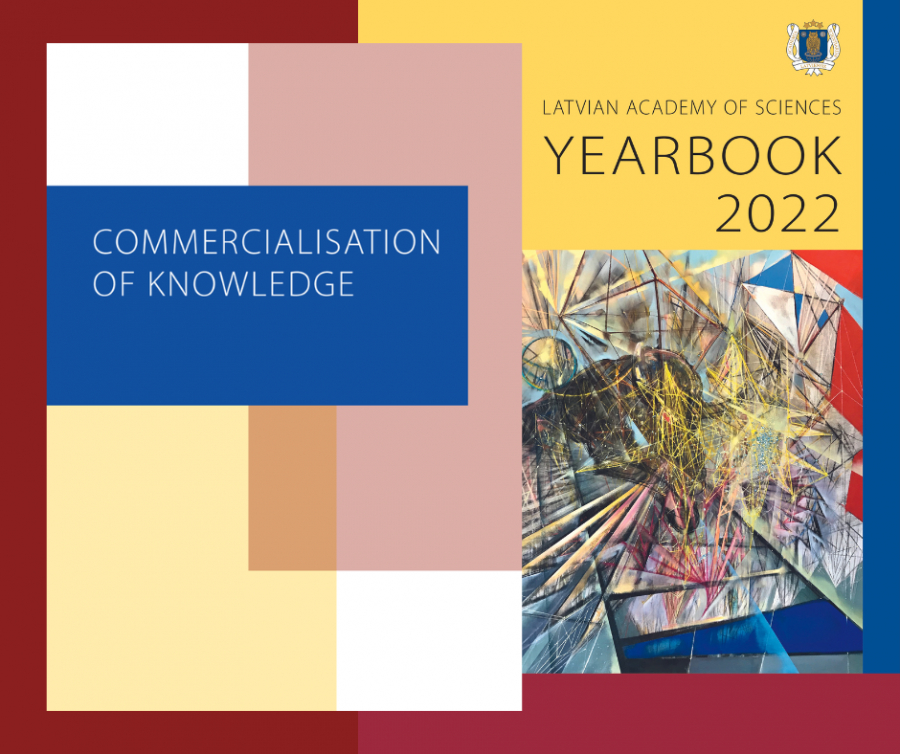 “With the development of technology and knowledge, research has shown that the external, white layer or birch bark of Latvian birch contains biologically active substances, which make up about one third of the birch outer bark mass. Birch outer bark extractives are primarily composed of lupane-type pentacyclic triterpenes, mainly betulin, betulinic acid, and lupeol. Very valuable biological activities have been identified for these three compounds, including those that allow their derivatives to be used in the treatment of various severe diseases in the future. Betulin itself improves liver function, regulates cholesterol levels and heals skin cells. A betulin-related synthetic compound has shown good results in drug trials against HIV. In scientific studies, betulin has also demonstrated immunomodulatory and anti-inflammatory properties, as well as indicated a good potential in virus-like vaccine candidate against SARS-CoV-2. Compounds of birch outer bark extractives also have preservative, antioxidant, emulsifier and supramolecular gel-forming properties. Betulin has also been identified for a wide range of applications in the food and cosmetics industries.” [Aigars Pāže, Jānis Rižikovs, Kristaps Stankus, Inguss Virsis. The Unique Properties of Nature’s Wonder – Betulin]

“The history of Larifan dates back to interferon in the 1960s. When interferon, a protein with antiviral properties, was discovered in 1957, it was a major milestone in the fight against viral infections. At the beginning, there were high hopes and expectations placed on interferon, as it was believed that a universal antiviral agent had been developed that would stop all viral diseases and that it was a weapon in the fight against viruses in general. Unfortunately, the first steps did not live up to the hopes placed on them, as many and varied obstacles and limitations to obtaining interferon itself became apparent.” [Guna Feldmane. Pathway of Antiviral Drug Development From a Laboratory to a Commercial Product: Relevance of Antiviral Drugs in Medicine]

“Red beet (Beta vulgaris) was chosen as the most active plant. The specific activity of juices of 14 varieties of red beet was screened. As a result, one variety was identified whose juice efficiency significantly exceeded other varieties. With the help of preparative chromatography, the juice fraction was isolated and its molecular weight limits were established. Further fractionation was carried out by ultrafiltration using semipermeable membranes with appropriate parameters.” [Dmitry Babarykin. On New Trends in Increasing the Effectiveness of Food Supplements]

COMMERCIALISATION OF KNOWLEDGE, pp. 62-75 (pdf).
Latvian Academy of Sciences Yearbook, 2022 (pdf).
back to top
We use cookies