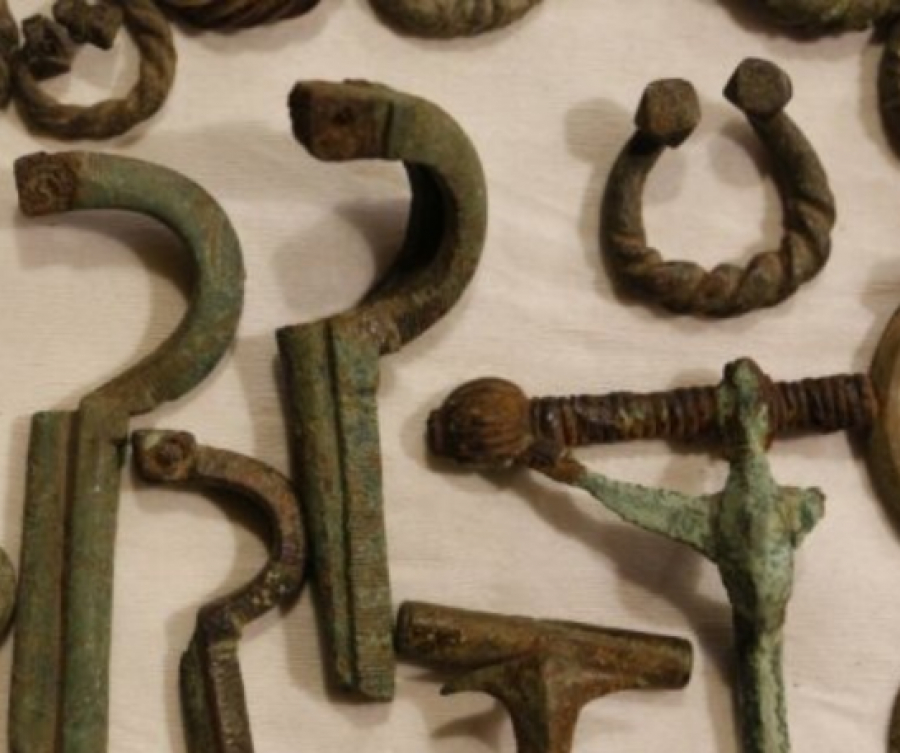 “The 10th All-Russian Archaeological Congress, organised by the Rīga Latvian Society, is considered to have been the main event in Baltic archaeology during the period of the Russian Empire. In his Introduction to the Exhibition Catalogue, R. Hausmann focussed on the Bronze Age, albeit with an indication that it was chiefly represented by artefacts found near the Daugava River, and which had been imported from other regions where bronze processing technology was at a high level – from Scandinavia, or Western Europe. The Iron Age was divided into the oldest period, which lasted until 800 and the newest period until the arrival of Germans at the end of the 12th century. The Courland Society for Literature and Art took an interest in archaeology from the 1860s onward, at which time a number of personalities, such as the artist Julius Döring (1818–1898), the pastor, ethnographer, and linguist August Johann Gottfried Bielenstein (1826–1907), and the senior teacher Carl Boy (1853–?), took part in archaeological excavations of ancient burial sites, and also identified (catalogued) the castle mound. Professor Adalbert Bezzenberger (1851–1922) published, in 1885, a wide-ranging list of castle mounds, and, influenced by this example, A. Bielenstein developed a standard form for recording archaeological data.”