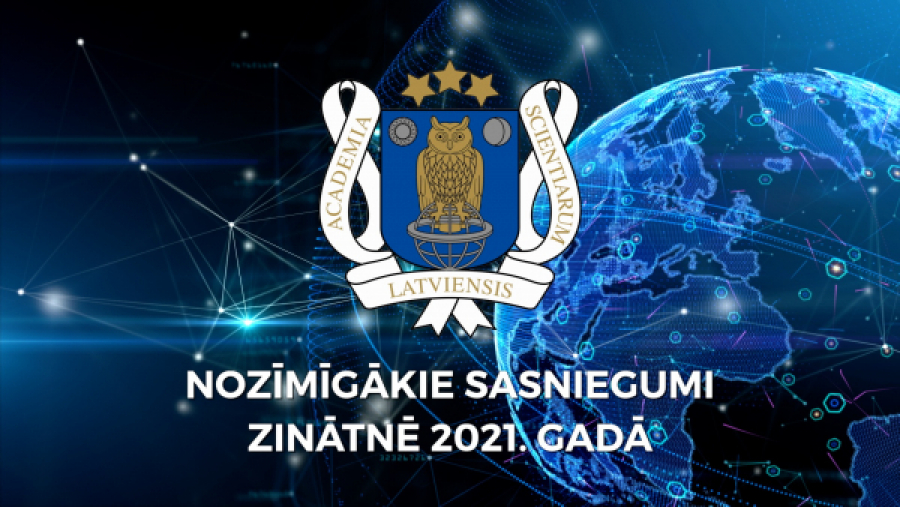 The Latvian Academy of Sciences (LAS) has announced winners of the annual Science Achievements’ Competition - top eleven achievements were selected from 42 eligible proposals that were submitted for evaluation. Eleven achievements were acknowledged with the Diploma of the Academy.
Traditionally the achievements in science are divided in two groups – theoretical science and applied science; the achievements shortlisted for the winners group usually cover a wide scope of research areas – ranging from solid state physics and IT technologies, biomedicine and genome studies, pharmacy and chemistry, engineering and agricultural and forest sciences to archaeology, philosophy, economy and linguistics.

The year 2021 marks the 20th anniversary since the Latvian Academy of Sciences launched the annual science achievement competition. The authors of the initiative – academics Jānis Stradiņš and Jānis Kristapsons – formulated the principal aim of the competition: annual monitoring of the processes in Latvian science by assessing and naming the most significant achievements of the year. Also, the results and winners of the competition would be popularized among wider public thus contributing to development of science communication in Latvia. Since 2011, as the competition gained its popularity among researchers and the academic community, the winners are awarded diplomas, and a special awarding ceremony is held. In the following years the event's regular and numerous attendees include its supporters, sponsors, media representatives and stakeholders, and it has become the most festive event of the year that highlights and celebrates the excellence in Latvian science.